Here is a cautionary tale of why you should be careful when trying to out fox the stock market. Last week, many people risked their life savings betting everything that Rite-Aid’s stock would shoot up from $3.50 all the way up to the $6.50 / share that Walgreens was offering. If the merger were to happen Walgreens would pay the $6.50 for every share of Rite-Aid stock–nearly a 100% gain. People were betting that the Republican-led FTC would approve the merger, and allow the 2 companies to create the nation’s largest drugstore chain.    Don’t let your greed blind you though. There was a reason that Rite-Aid’s stock was so far below the offer price–the deal was unlikely to pass the regulators.

Turns out Walgreens decided to pull out of the deal last Thursday, and Rite-Aid stock has since dropped to $2.50.   Here are 2 Wall street better’s who went all in.

This gentleman is a part-time pharmacist at Rite Aid. The internal emails that he received gave him confidence to make a bet on the merger going thru. This probably was not a great decision, since any information disclosed to the front-line workers on the merger were probably also released to the general public via the FTC, SEC or their investor relations website. The stock market reacted to all that information by valuing Rite-Aid far far below the offer price. 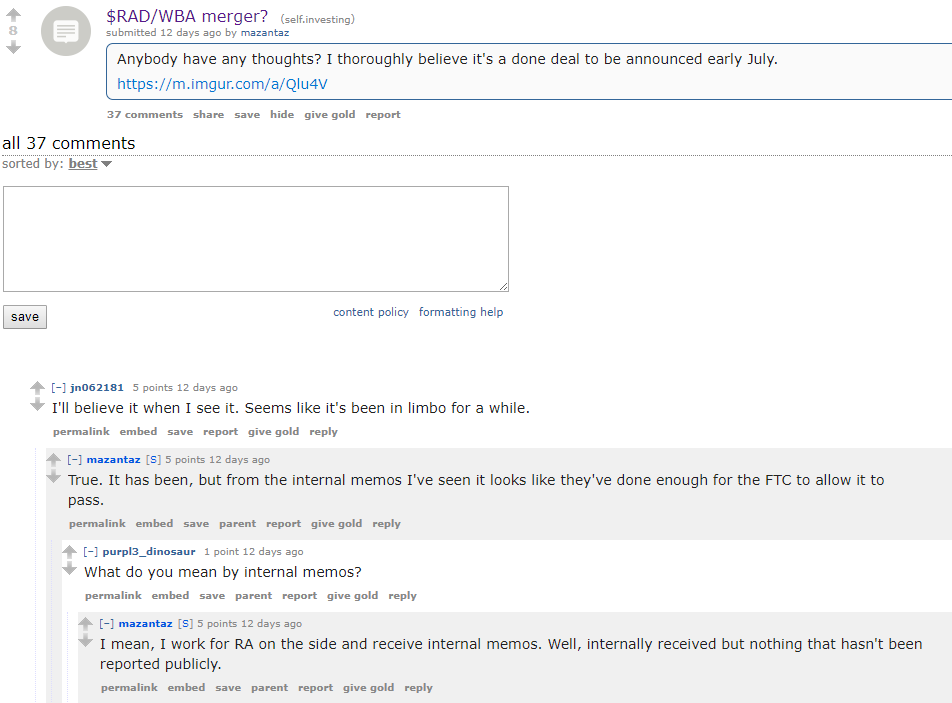 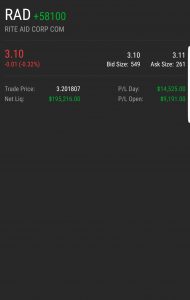 Thankfully, he’s a pharmacist so he’ll probably survive despite this bad move. 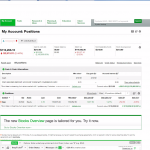 Both of these investors made posts regretting their decisions. I think that it’s important to remember that if something seems too good to be true, it’s probably going to screw you over so be careful. These 2 investors purchased shares with no options to buffer their potential losses. If you’re going to make a life changing decision like betting hundreds of thousands of dollars on a single stock trade, you should probably try to cover your self with some kind of downside protection like a professional investor would.

2 thoughts on “Don’t risk your entire retirement on a hunch.”