Explore the graph, below to see the results visually. Click the graph to expand: 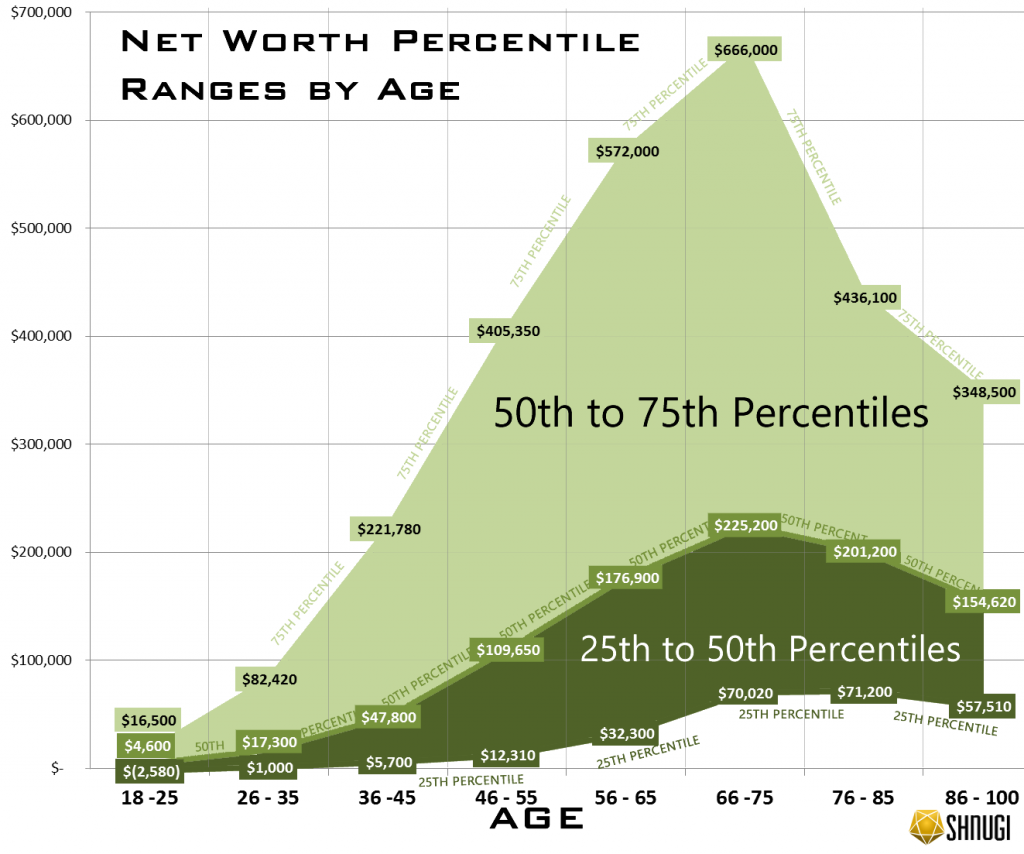 How much do you have to save per year to be in one of those groups?

What is a percentile

How to read the graph

What does this tell us?

For younger Americans, wealth inequality is relatively minor. Those at the 75th percentile for ages 18-25 only have $12,000 more in wealth on average than the median person. This is probably because most of the people in this group are early in their careers, so they haven’t had much time to build up wealth. Across most age brackets, the gap between someone at the 25th percentile compared to the median (50th percentile) is much smaller than the gap between the median and the 75th percentile. This tells us that wealth is concentrated more heavily in the wealthy rather than being more equally distributed. To put that in perspective, the jump to move from the 50th to 51st percentile is larger in dollars than the drop to go from the 50th to 49th.

Unfortunately, this inequality where wealth is unevenly concentrated in the higher percentiles increases with age. It peaks right around when most Americans begin to retire.

Play with the data yourself on the Net Worth Percentile Calculator.  The original data is from the Federal Reserve’s Survey of Consumer Finances.