If the top 1% of the nation put all of their money into land they would own 40 states.  In contrast the bottom 80% of the nation could only afford to own all the real estate in 3 states.  All the real estate in the contiguous US is estimated to be worth nearly $23 trillion. The top 1% of US households is estimated to be worth $19.2 trillion.  This means that only 1% of the US population could literally afford to buy almost the entire country if it were for sale. 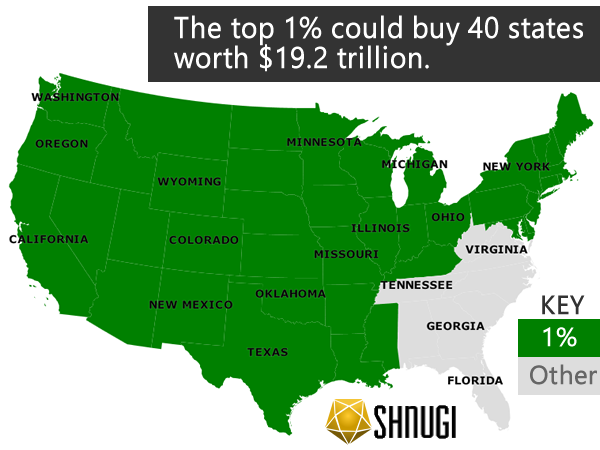 I filled in the maps starting in the west coast and moved east.  I removed states that the 1% couldn’t afford in their $19.2 trillion budget starting with Florida. The 8 states in the contiguous US that weren’t selected are Tennessee, West Virginia, Virginia, North Carolina, South Carolina, Georgia, Alabama, and Florida. 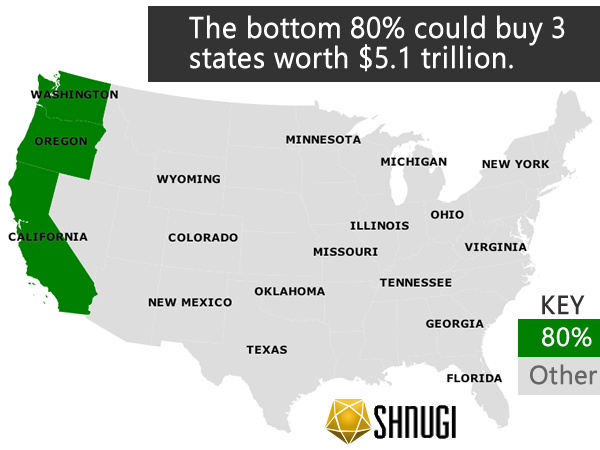 The bottom 80% had a combined wealth of $5.1 trillion, which could pay for California, Oregon, and Washington. I wanted to stay consistent and start from the west coast, so California just based on it’s size and wealth is driving down the number of states.

I thought about using the SCF data that I already include on the calculators pages, but I decided to do some additional third party referencing instead.

Wealth Sources : Wealth Power and Income (2010 values)
Household data from the US Census 2010

Last updated:Saturday, November 26, 2016
Anything, net worth